We Can't Afford to Deny Evil

For a long time, I was one of those liberals who tried to deny that evil existed. Many of us do. I would say that we need to separate person from behavior, and I still believe that to be true. I also ran to the Buddhist notion of actions being either skillful or unskillful. The problem with that perspective is that it waters everything down to the point where it is meaningless. "Did you walk into a home and kill a family of seven in cold blood? That wasn't very skillful!" When you read that out loud, the absurdity of it slaps you in the face. 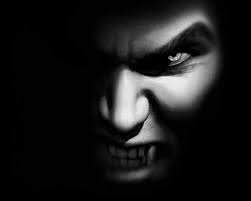 In these trying times of Covid-19, we are hearing about more than a little evil. Whenever you act in a way that denies the truth, your actions are evil. I cannot judge if you are an evil person, but I can tell you that you are doing evil things. Every one of our current President's press briefings are evil. I would submit that you would be hard pressed to find a politician who hasn't manipulated the truth and thereby engaged in evil behavior. When people attack Asian Americans because they blame them for this pandemic, they are displaying stupidity and engaging in evil. When the Governor of Georgia said two days ago that he had only discovered 24 hours earlier that the corona virus is transmitted before people show symptoms, he was engaging in evil. You don't have to engage in genocide to be evil, although genocide certainly is evil. All you have to do it lie, cheat, steal, bend the truth, misrepresent something, do something to get ahead of another person at their expense. It really isn't a difficult concept, and we all know right from wrong.

We need to reclaim the idea of evil because at this point in our history we have lost almost all moral foundation. Anything goes, and the people who have led the anything goes movement are those who used to claim the moral high ground - conservatives, evangelicals, republicans. Nobody is really immune from responsibility for the trend. Many of us sat back slack jawed and allowed it to happen because we become preoccupied with being kind and not hurting anyone's feelings. Nonsense. If you don't want your actions to be characterized as evil, don't do evil things. Furthermore, if you don't want to be accused of evil actions then don't look the other way when people around you do evil things. It's really quite simple.
Posted by Craig Bergland at 5:58 PM