Trauma and the Spiritual Life Pt.4 - Letting Go of the Past

I had the occasion to meet with some western Buddhists in our space at Compassionate Heart recently. I should tell you that since Compassionate Heart is an Interspiritual Space (something of a radical notion here in conservative Milwaukee, where local time is about 1982) and so we have

images from many different faith traditions. One of our Buddhist guests said, with roughly the same inflection you might expect when asking about dismembered young children sacrificed in a satanic ritual piled up in a corner, "are those Christian images?!?"

I certainly understand that many of us have been burned by traditions to which we have belonged in the past. It is natural, for a time, to harbor some animosity. Perhaps counter intuitively, those feelings are not signs of progress but rather of being stuck. When we have bad experiences in religious traditions it's not the founders of the tradition who have burned us but rather its contemporary representatives. We experienced a bad teacher or a bad pastor, a foolish doctrine or policy, perhaps some retrograde fellow adherents who were intolerant of something about us. Neither Jesus, the Buddha, nor Mohammad showed up and announced, "I hate you!" screaming it to our faces in front of an assembly of all of our peers. Despite that truth, yoga studios, Buddhist sanghas, Hindu temples, Unitarian Universalist churches, and therapist's 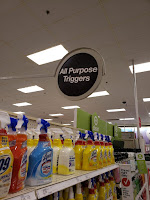 couches are filled with people who believe precisely that. As long as we feel that way, the traditions we have left behind still have a hold over us.

When we do the hard work of healing our wounds, we necessarily come face to face with what happened. We come to see precisely who wounded us. Invariably it was people and policies, not the entirety of a tradition. Those people were surrounded by an institution that arose and created rules and forms to which members were required to adhere, but those things are later developments. Jesus never said, "exclude that woman's mother from Communion because she is divorced," no matter how much the Roman Catholic Church might like you to believe he did. It is only when we come to understand and feel that distinction that we can begin to heal. It is only when we begin to heal that we can authentically participate in our new tradition. Until then, it will only be a place of refuge from those nasty people over there. To be healthy, we need to move from being Buddhists who are Buddhists because they don't want to be Christians to being Buddhists who are Buddhists because they want to be Buddhists. That is where healthy spirituality begins!
Posted by Craig Bergland at 7:00 AM