Diversity? Only When Convenient.

We like diversity, we value diversity, we believe in diversity - as long as it only has to do with appearances or other external qualities in adults, that is. If you happen to be a child, or if you happen to excel at things that aren't within the subject areas the institution has decided are valuable (STEM), or if you are creative in a way that isn't officially sanctioned, then you are pathologized. 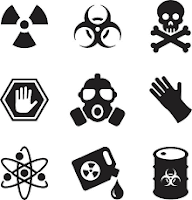 If you are a child and you don't learn in the same way the majority of children learn, then you have "special" needs. We all know that any child in "special" education is pathologized as "slow"or, by their peers, or "stupid," yet we don't bother to change that labeling or challenge the stigma because once you are othered you are determined to be less valuable, less likely to succeed, less likely to be profitable to the capitalist  and academic institutions - but only because those institutions are too lazy to teach you in a way that maximizes your potential. That potential in all likelihood exceeds that of the average students, but we don't want to take the time to deal with you.

Maybe you perceive the world around you only too clearly, and you are depressed about the future and what it holds. Once again, the pathologizers rears their ugly heads. Those who have not been sufficiently anesthetized by the culture will become subject to a psycho-pharmaceutical anesthesia, labelled as mentally ill, and sent to very caring people whose future employment depends on diagnosing enough people in predetermined categories, the treatment of which insurance companies will subsidize. If you deviate from those predetermined categories in an attempt to better reflect what is happening, you won't get paid. Could their be a greater motivation for compliance?

So before you tell me how unfortunate it is that your special interest cannot gain acceptance, please tell me why you would want to be accepted by a broken system.

Posted by Craig Bergland at 7:00 AM