There are a lot of old maxims that hang on the reality of truth. You have likely heard that two wrongs don't make a right. If there no longer is a meaningful distinction between the truth and a lie, then there is 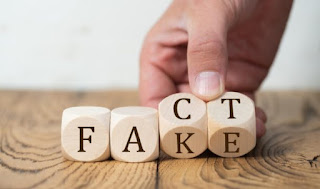 no longer any means that are not justified by our end goal. If I want to be rich, I can steal with impunity as long as we agree that being rich is a good thing - and there are no shortage of people who believe that being rich is a good thing. What we do have a shortage of are people who have any chance at becoming rich. When one percent of the world control most of the wealth, they aren't likely to let new people into their very exclusive club. Most folks don't seem to learn that lesson, and so they look the other way when all kinds of transgressions occur, hoping against hope that they will be the one to get in the club.

Perhaps the biggest lie of all is that wealth brings happiness. It does not. What brings happiness is choosing to be content with what we have. More stuff brings with it the perceived need to protect that stuff, and to acquire more in case what we have wears out or disappears. In the end, truth matters because when we lose sight of it we are easily manipulated and tend to act against our own self-interest, all the while believing that what we are doing benefits us. That may be the biggest lie of all.
Posted by Craig Bergland at 7:00 AM