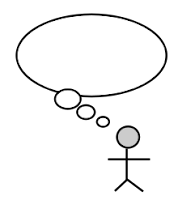 Posted by Craig Bergland at 9:44 AM No comments: 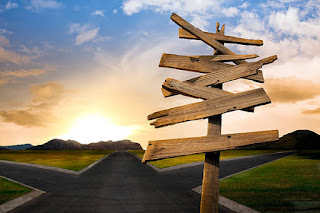 To be completely honest, I find myself at a crossroad. In one direction there is what I want to call "Truncated Religion and Spirituality,: or "TRS." TRS is nothing more than the result of living in fear impacting the beliefs that people hold. That fear leads them to narrow their focus to those beliefs which reassure them to the exclusion of the full depth and richness of their religion. If they are afraid of other traditions, they will focus on those aspects of their own which are critical of outsiders to the exclusion of those teaching people to welcome the stranger and the outsider. If they are afraid of not having enough materials things, they will focus on passages promising wealth to the exclusion of those promoting charity. If they are afraid of change, they will see only those teachings that encourage them to preserve tradition. If the status quo isn't serving them well, they will look only to those teachings that encourage moving forward without delay. Under TRS, despite the fact that TRS nearly always claims undying loyalty to the tradition, much of the tradition is in fact discarded and the new, narrower vision is put forth as orthodox - despite the fact that it is almost completely heterodox.

In another direction is maintaining the status quo. While in other times that may have seemed a reasonable approach, the status quo is clearly decaying. In Christian circles, mainline religion has the equivalent of a sucking chest wound. While most official representatives occupy their time scurrying about criticizing new movements rather than looking to reform what isn't working in their own (the spiritual equivalent of rearranging deck chairs on the Titanic), their members are scurrying out the door in an effort to escape before the ship capsizes. At this point band-aid therapy is ineffective, and nobody seems willing to sign consent for the major surgery required to patch up the wound. 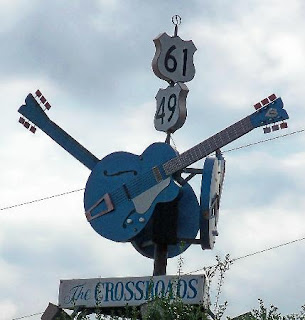 I also reject the popular, but intellectually vacuous, opposite of the status quo: neo-atheism. I have yet to encounter a neo-atheist who addresses anything but fundamentalist forms of religion and belief. That they do so with an evangelistic zeal strikes me as the utmost in irony. Add to it their tendency to equate the Divine with one's imaginary friend - a kind of ad hominem against God, if you will - and I can't really take them seriously. One simply can't assert that deconstruction alone constitutes a belief system, because in the end it doesn't leave you with anything. Replacing spirituality with science really isn't an answer, because there are many phenomena that we can neither measure or observe - and those that we can are, in fact, changed by the fact that we observe them.

As you know, for some time now I have identified myself as Interspiritual. Our local community here in Milwaukee, the Compassionate Heart Interspiritual Community, celebrates the commonalities among the great religious traditions, what has been called perennial wisdom or the perennial tradition. Recently I came across another term to describe the journey of interspiritual people: Spiritual Independents. I like that quite a bit. Whatever you want to call it, it is my spiritual home. I no longer believe that any one tradition has a monopoly on Truth - nor do I believe any of the great traditions are bereft of Truth. That isn't to say they are all the same, but it is to say they all have value. I have learned that there are some things each tradition does very well, and others where they could use some improvement - and those things are different in each tradition. I have also learned that I no longer see any value in debating the relative merits of this or that path, or in the pissing contests that pass for theological debate in the west. The result is that, while I am happy to participate in an honest exchange of experiences and practices that respects the dignity of all participants, I am not interested in arguing (to paraphrase George Carlin) about whose version of god has a bigger penis.

Many of the groups within each tradition seem to see it as their primary duty to declare which other groups are not legitimate members of the tradition. What a waste of time! Our religion and spirituality exist to help us understand and live in our world. Getting caught up in all of these arguments is rather like going to a movie and leaving after the trailers. Don't forget to silence your cell phones, and the large popcorn has free refills!

To be sure, some people aren't ready for the kind of transition I am writing about, and others have moved beyond it to something else. As for me, this is where I am on my journey. Locally, Compassionate Heart Community will be hosting several opportunities over the coming months to learn more about being a spiritual independent. I will also be looking for ways you might join us virtually if you aren't in the local area. We will be working together to discover a path that allows us to grow with integrity. I hope you will join us!

Posted by Craig Bergland at 7:06 PM No comments: