Charlottesville and the Shame and Blame Game 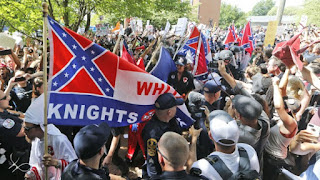 In the aftermath of the tragedy in Charlottesville, I believe we have yet again seen the biggest reason we don't have change on significant social issues in America. The reason is that we are much more interested in playing the blame game than in working toward substantive change. The blame game is much easier than working for change, because it creates the illusion that we have done something when we haven't accomplished a thing. In that way, the blame game is a lot like Change.org and the other petition sites that try to tell us signing one of their petitions is a powerful action. In reality, nothing could be further from the truth.

Our love affair with blame is directly related to our love affair with shame. Shame is a toxic alternative to guilt, which is healthy. Guilt says, I did something wrong. Shame says, I am wrong, defective in my very being. Shame is used, to our detriment, every day by parents, managers, and 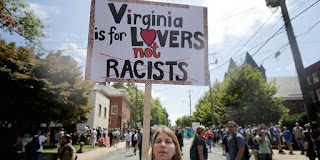 friends to control and manipulate others, and unfortunately many of us buy into it. You can hear it in our self-talk when we say things like, "I'm so stupid," or "I'm such a jerk," or "I can get anything right," and a host of other statements wherein we express our belief that we are not enough. One of the possible, and frequent, results is that we carry our shame and constantly look for places to dump that shame by projecting it onto others - which brings me back to Charlottesville and people's reaction to it.

The Buddha is said to have taught about a man shot with a poison arrow. He said that if you are shot with a poison arrow, it's not the time to ask who shot it, what kind of poison it is, or where the arrow was made. Instead, you pull it out. The blame game keeps us focused on the past and not looking to what comes next, what we should do now. I can guarantee that the solution to any problem lies in the present moment, not in the past. The blame game operates completely in the past and keeps us stuck there. It is important to know how a problem developed, but it is much more important to work to solve the problem. To be successful at problem solving, we need to move from shame to a healthier understanding of ourselves and our actions.
Posted by Craig Bergland at 12:33 PM 2 comments: