Change happens as a result of committed spiritual practice, and I honestly don't believe it matters what tradition you happen to practice in. A second truth is related to the first - that you don't notice the change until some time has elapsed after it has occurred. This means that it's rather pointless to keep checking for change. It may even be like the child who continues to uproot a carrot planted in the garden to check it's growth - the monitoring itself all but guarantees the desired outcome won't occur. That may be because the purpose of engaging in spiritual practice must be solely to engage in spiritual practice. Any other benefits that accrue are great, but they much be seen as incidental and not the goal of the practice. 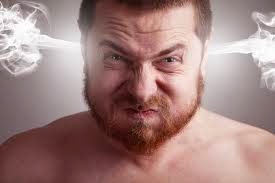 The truth of it is that when I was younger I wasn't a very nice guy. I was filled with anger. For the most part, I pretty much repressed that anger. Every once in a while, though, it came out in full blown rage. Fortunately, I'm not much for physical confrontations and so I never got myself in legal trouble. The anger came out primarily through my mouth, and I could verbally eviscerate just about anyone with very little effort. I had to be pushed pretty hard, and I cannot remember ever directing my rage at a woman, but if you were a man who got in my face it wouldn't be long before I handed you your dignity on a platter. I'm not proud of that, and there are good reasons for that, but that doesn't make my behavior either right or admirable.

I've always been fascinated by prayer beads. It started with the traditional rosary not long after I became an Episcopalian way back in the 1980s. In the mid 1990s I was introduced to the Jesus Prayer and the prayer rope, or chotki, of the Eastern Orthodox tradition. It suited me better, in that there was less to think about than in the traditional rosary and I could settle into my mantra. A few years later I discovered Buddhism and the mala used for mantra practice, and I was home. A couple of years later I met my wife, Erin, and she didn't mind that often as not I could be found with a mala in my hands. So I went blissfully along, at times practicing more than at other times and at times checking back in with earlier methods to see if I was on the right track. 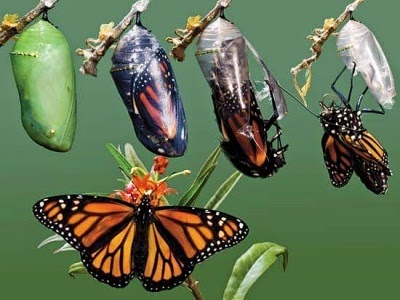 One day I realized that I was not the same person I was when I met Erin. I became aware that things that would have sent me over the edge no longer did. None of this is to say that I have become perfect - far from it. It seems, though, that while I wasn't looking my practice had worked a change in me. I can't look back and pinpoint a moment that change happened, probably because change is most often gradual rather than a dramatic event that is not present one moment and then present the next. In the end, it doesn't really matter when change happens, does it? This nature of change may be why do many people become discouraged with their spiritual path - they are waiting for some kind of dramatic conversion experience, and that just isn't what happens for most people. If we make dramatic change our reason for practice, we are bound to be disappointed, then discouraged, and then stop practicing. If we believe our practice will make all of life a case of the giggles, we are setting ourselves up for failure. We need instead to let practice be practice, and let what happens along the way happen in its own good time. If we do we may just find, when we least expect it, that transformation has occurred.
Posted by Craig Bergland at 8:00 AM