Religions aren't true. At their best they can point to the truth from time to time, but no religion points to the truth all the time. If that sounds blasphemous to you, it's because you have been very well conditioned by religion. You have been conditioned by religious teachings, sometimes called doctrine or dogma, which you have been required to believe upon penalty of excommunication at best or being shunned by friends and family at worst. Since human beings are social animals, these penalties are among the worst humans can experience - short of being interrogated by the CIA using methods approved by Donald Rumsfeld. 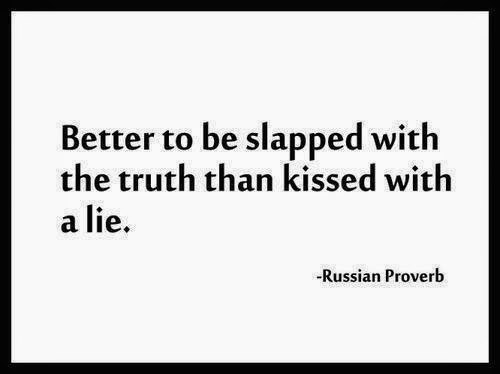 Why aren't religions true given that they are God ordained? Quite simply because no religion has every been God ordained. Every last one of them was created by human beings in response to some kind of encounter with life that led them to believe there was something much more than they could see and that was a critical part of their reality. Many of them named that thing God, but other traditions had other names. Regardless of the name chosen, they all point us toward the transcendent. Religion runs into problems because, although the transcendent is incredibly vast, religion insists that it can only be found in this one tiny corner of reality, and so cuts people off from well over ninety-nine percent of that for which they are searching. It's as if the transcendent was the entire night sky (it's actually much larger) and religion insisted it could be found only in that one tiny point of light just to the left of the big dipper.

Many hundreds of years ago, long before satellites and GPS systems, sailors navigated by the stars - and their knowledge of the stars wasn't all that great, to be quite honest. As you might imagine, being off just a tiny bit at any given point amounted to being off a whole lot after you sailed another thousand miles or so. What's more, they weren't even sure what they would encounter because not only didn't they have reliable maps of the stars they didn't even have reliable maps of the world. This explains why when Christopher Columbus set off to rape and pillage India he had to settle for raping and pillaging the Americas. No plan is perfect. 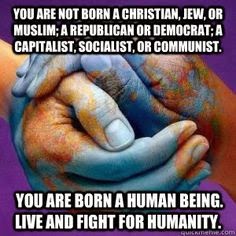 In truth, religion is a lot like Christopher Columbus - sadly, historically, including the raping and pillaging part. Religion sets out looking for God and quite often finds itself somewhere quite different and, lacking the humility to admit their error, claiming the erroneous destination is God Itself. Sometimes there is a later, although most often rather subtle, correction that everyone hopes will go unnoticed. True believers forge ahead despite all evidence to the contrary, and professional clergy of all stripes encourage that behavior while themselves knowing better, perhaps creating the cognitive dissonance that lies behind much if not most clergy burn out. But I digress.

The truth is that we all have to discover the version of the truth that makes most sense to us. That's not a statement of relativism, but rather the reality that each of us has a largely unique perspective. We may be perfectly happy attending a local church, synagogue, temple, dharma center, or mosque, but we will only remain happy if we give ourselves permission to make adjustments and revisions to the company line from time to time based upon or actual experience. We have to recognize that religion, and for that matter systems of spirituality, only points at the truth. It's up to us to do the spiritual practice and fine tuning that leads us even closer to our destination.
Posted by Craig Bergland at 9:00 AM