Why All Lives Matter

There has been a lot of talk lately about the truth that "black lives matter." While it is undeniably true that black lives matter, the slogan can be manipulated and distorted and so used to justify a system of ranking the value of human beings and leaving some with more value than others. Nothing could be further from the truth than a system which claims some people matter more than other people, but properly understood our economic system does precisely that. It always has. 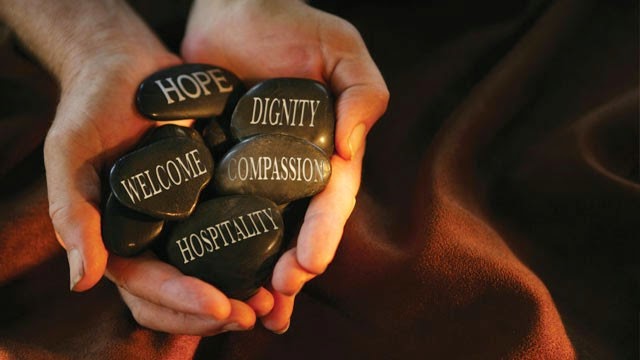 group took its place in our slums, at the bottom of our socioeconomic ladder. When the next wave of immigrants came, they displaced the group at the bottom of the ladder and in doing so became the "most despised group." We can see evidence of this in the ethnic jokes of each region of our country. I was surprised to discover, when I moved from the Midwest to New England during the 1980s, that what had been Polish jokes in the Midwest were Irish jokes in New England. With those jokes came hatred, marginalization, a lack of opportunity, the belief that a certain group of people belonged at the bottom of the latter, and a very intentional memory lapse that seems to allow people to forget that they, too, had once inhabited the bottom rung on the socioeconomic ladder.

Sadly, in America as well as in other countries, people of color have inhabited the rungs of an even lower latter, a kind of sub-basement in American culture, however, that ladder functioned in much the same way as the European ladder, with each new group taking its place at the bottom and displacing the group that had previously occupied the bottom rung. In doing so, the new group became the object of scorn. It would seem to be a universal human need to reassure ourselves that we are acceptable by identifying a group that is not acceptable and persecuting them. The cycle repeats itself over and over, and I do not believe it will change until we identify it as a problem and show it to be maladaptive.

How are we to do this? How can we convince someone to surrender the very evidence of having arrived, no matter how small it might be, and choose instead to welcome the newcomer. It seems to 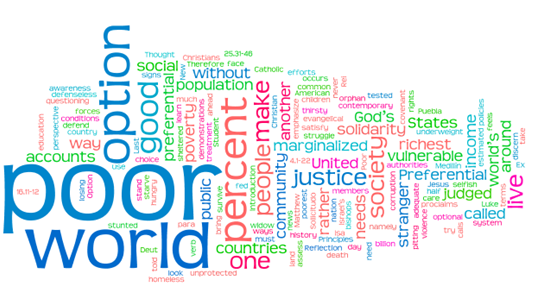 me that if we are going to be successful in dismantling the cycle of oppression, we are going to have to show the criteria by which we oppress the other to be false. In other words, we are going to have to show that cultural and ethnic differences are less important than our common humanity. The problem will be that many of us have been led to believe that those same cultural and ethnic differences are the only things that make us special. This has happened because it is the natural tendency of every oppressed group to transform the reason they have been oppressed into a cause for celebration. What was identified as unacceptable is now identified as perhaps the supreme virtue and becomes the basis upon which we exclude other oppressed groups. That thinking simply must be challenged. We must come to see that we are special by virtue of our common humanity. From a Christian religious perspective, we must come to see that the Incarnation makes all people special without exception. If we really want people to understand this, we are going to have to speak out against those religious and spiritual voices that set up other criteria as evidence that we are beloved. In that, we can expect some heavy resistance, especially from those who have gotten rich by telling others that wealth is a sign of God's favor.

There is obviously a lot of work to be done. But the work will not begin until those of us whose nature it is to remain silent and not rock the boat gather up the strength to speak out. We must shout from the rooftops a message of the fundamentally quality and value of all human beings, and speak just as clearly and loudly against any system which would propose anything different. We must

abandon the theological pursuits and talking points that have distracted us from the goal of lifting up the oppressed. Regardless of our tradition, we must loudly and clearly speaks the truth of God's preferential option for the poor and the disenfranchised. We must point out the responsibility that every person who claims to be a person of faith or spirituality bears by virtue of that very claim, the responsibility to dismantle the systems that perpetuate inequality no matter how much resistance we encounter or from whom those claims come. We must not be afraid to point out error where we see it, whether coming from those in power or from the oppressed. We cannot allow ourselves to be silenced by the false accusations that will surely come when we shake the tree in which those in power have hung their honeypot. It is powerful work that we are called to do, we will encounter much resistance, but it is the only path to freedom for all people.
Posted by Craig Bergland at 9:00 AM