The Curious Case of Merit

I have to confess that I struggle with the Buddhist notion of merit, the idea that spiritual practice or contributing money to spiritual causes generates merit that impacts one's karmic circumstance. Even more curious is the idea that merit I generate can be reassigned simply at my request, though who might actually keep the books on this is a bit unclear to me. The Universe? The great karmic gods? To be honest, it reminds me of the curious Roman Catholic practice of indulgences, which can be acquired by engaging in certain spiritual practices or giving money to a specific cause. Presumably, those indulgences can either be applied to shorten the time the practitioner - or their designee - spends in purgatory. At least here the alleged merit banker is identified as the Church, which presumably then gives instructions to God which God is bound to obey.

It's not that I can't believe that things we do are in and of themselves meritorious, at least in the sense that we and/or others might benefit from them. I think the benefit in such situations is clear. I also 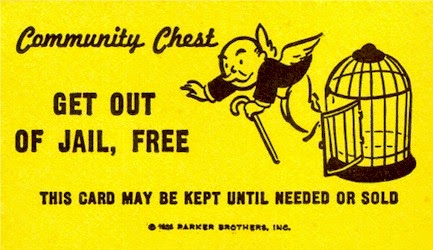 support the idea of choosing not to take advantage of the merit one has accumulated as an exercise in humility, a quality of which our world is in decidedly short supply. It's what I call the commodification of merit that leaves me a little flat, along with the sometimes subtle but more often blatant manipulation of practitioners by spiritual teachers and centers around the idea of merit that borders on spiritual extortion that I find hard to swallow. In its Roman Catholic expression, these kinds of behaviors - specifically the selling of indulgences - contributed in no small way to the Protestant Reformation. In Buddhism, it manifests in year end reminders of the opportunity to build merit through contributions (not to mention tax benefits, which tend to not be mentioned). If it seems to you that there are only shades of difference between the two approaches, I would agree.

Of course, to be fair, there are special practices on special days in Buddhism that are seen to be especially meritorious, just as in small "c" catholic Christianity there are special holy days of obligation and other, non-obligatory holy days when God is allegedly especially tickled if you drag your butt to church. Lest Protestants get too giddy about not being guilty of this sort of thing, the so-called prosperity gospel is a prime example of this sort of thinking, and you New Thought people with your Law of Attraction aren't very far behind, if just a wee bit more subtle in your marketing.

It's one thing to say that if our time together has generated any merit we would like to dedicate it to the benefit of all beings. Such an attitude doesn't sound as if we are barking orders to God, to the universe, to the karmic gods, or to the Flying Spaghetti Monster. It has some humility to it. It's quite another to say, in so many words, "cash in now, the moon is full," or whatever the special event might be. Perhaps I've been jaded by too many people being manipulated for too long, or perhaps I am inherently suspicious of claims that are made without any sort of explanation or identification of the agent who will carry them out. For my part, we would do much better to leave all of that hocus pocus behind and focus on teaching that doing good has an inherent benefit of its own and so requires no reward. That's a spiritually mature perspective that transcends the self-centeredness so often involved in accumulating merit, indulgences, or prosperity. In other words, do right simply because its right, and don't ask for a reward.

On the other hand, if you aren't convinced then I must tell you that it is especially meritorious to send me money, regardless of your spiritual tradition. You may assign the merit from your contribution to whomever you wish. I will handle the details.
Posted by Craig Bergland at 9:00 AM