Have you ever known someone whom you loved but didn't really like? These people tell us more about love than the most passionate love affair, because they draw us into what 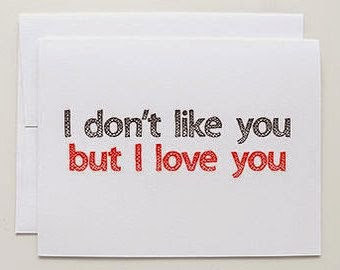 love really is - caring for another in such a way that you want to see them achieve their full potential in every sense of the word, but especially spiritually. This also gives us a sense of what Jesus (and other teachers) meant when he told us to love our neighbors as ourselves. He wasn't telling us to become the neighborhood Lothario, he was telling us to not only want what's best for others but also to help them achieve it to whatever extent we are able. Obviously, achieving full potential is largely the work of the individual involved, but often there are opportunities to help them along the way - whether they appreciate those opportunities or not. Tough love falls into this category. We may absolutely despise the behaviors we see in our loved one and make the decision that the only way they are going to have any chance to mature enough to become more whole is to create some distance between us. Often times in these situations the tough decision is the only way we will get some sanity for ourselves, as well. They of course won't like our decision, and we may well get called all sorts of names in the process, but it's a small price to pay for a move toward wholeness on all sides.

I know of a family where the adult son stole his mother's pain medication, initially lied 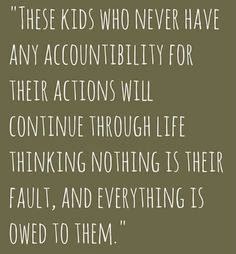 about it, then admitted it but only because it was clear he did it, then threatened suicide and was hospitalized. In the hospital he claimed that his mother taught him to abuse substances, which was untrue, and so got himself released in a couple of days and avoided any meaningful treatment. Now, a year later and no longer living at home, he cannot understand why the family has problems trusting him. There is in this person a refusal to take responsibility for his actions, and the only way he is going to learn to take responsibility for his actions is to be forced to do so by living on his own - and that's what this family finally did a few months ago. In truth, we have a generation of young adults who struggle to take responsibility for their actions and often fail to move forward with their lives because they have been taught that people are rewarded no matter what they do by a culture that has decided that low self esteem results from failure. Nonsense! Low self esteem results from only being valued when you succeed, not from failing! Good God, if we weren't valued because we didn't win the occasional game nobody would be valued, because we all lose the occasional game!

These lessons transfer very well to romantic love, and are just as important there as in

child rearing. What should I want from my loved one? Our culture tells us I should expect that they meet my every need without regard for their own. That's tripe, and it's the result of a culture of narcissism. If I really love my partner, I will want them to achieve their full potential - especially spiritually, because spiritual fulfillment is the only path to lasting happiness independent of external circumstance. In turn, my partner will want to the same for me. Who wouldn't want what's best for someone who wants what's best for them, absent serious pathology? Who wouldn't feel loved by a partner who supports them to become fulfilled and happy? Who wouldn't return the favor? We might say that even the most selfish person in the world should be selfless, because that's the best way to ensure they get what they want!

We so often settle for less, equating an orgasm to being loved. We look for a servant 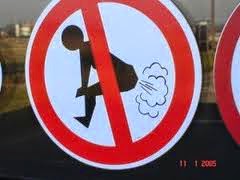 rather than a partner, a prostitute rather than a lover, a minion rather than an equal - and then we wonder why we are dissatisfied in our relationships. We imagine every moment will be just like the movies - which are, after all, fiction. Then our partner farts under the covers and our dreams are shattered, never mind that we, too, pass the occasional gas at inopportune moments. We tend to get wrapped up in the incidental insults so much that it seems we crave them, yet overlook that fact that our partner offers us space to pursue our interests and dreams. We care about whether they wear designer clothes or perfume while ignoring the sacrifices they make on our behalf every day. Worst of all, we care more about the shape of their bodies than the shape of their spirit and the size of their hearts. Then, after all of that, we decide that we deserve better. We may just have that backwards. It may well be they who deserve better.

Could it be that the person most in need of our tough love is ourselves? Might we make,

in the parlance of Alcoholics Anonymous, a fearless moral inventory of ourselves and discover than we aren't the flawless prince or princess our mommies told us we were - and that, despite that, we are still pretty darn lovable? Might we give up our fairy tale fantasies, and come to see that even fairy tales don't always work out as we are told they should? Might we come to see that in the daily grind of real life there are moments we like each other and moments we aren't so sure, yet those feelings are transient and mean nothing in terms of a lasting life together? I believe that if we can do that we may well escape the fantasy world of love our culture has created and replace it with a much more realistic love of mutual responsibility, caring, growth, fulfillment, and happiness. We would treat each other with dignity and respect while treating ourselves with more humility than hubris. That's a revolutionary vision, but it's one that will actually work if we have the courage to apply it.
Posted by Craig Bergland at 10:00 AM