I Think Women Should be Naked

Their faces, that is. I think their faces should be naked. Don't you feel silly now? Maybe you clicked on the link coming here so that you could chew me a new asshole. You said to yourself, "what a sexist pig, I'll go show him a thing or two." On the other hand, maybe you're a man, trolling around the Internet with your pants around your ankles looking for pictures of naked women. You thought you'd find them here, didn't you? Pig! Aren't you ashamed? In fact, the truth is most of you probably came here looking for something other than what you found. Shame on all of you. You ought to head right over to church to confess your sins.

You see, all of this started when I read a Facebook post from a friend of mine just the other day. It 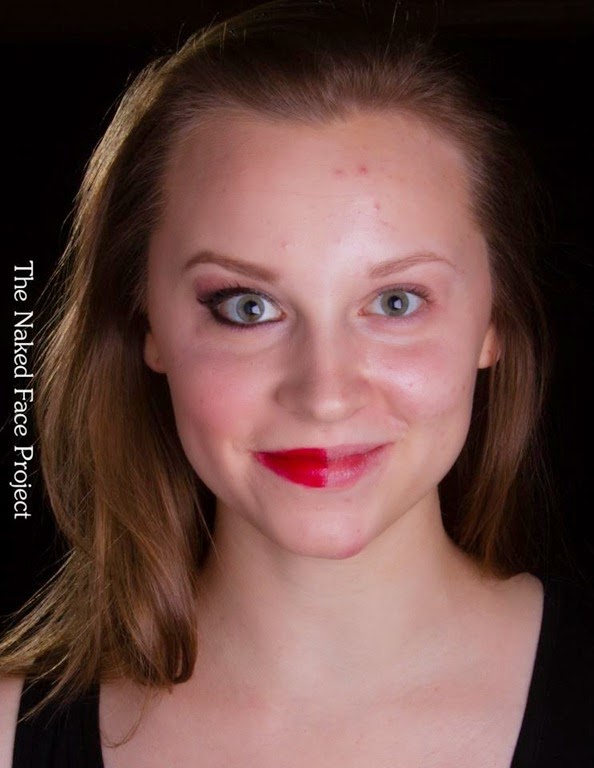 seems that there had been an incident at her child's school, and she had to go over there to pick her up because the weather was rather severe. She just left the house and went, and when she got there television cameras were present. She posted on Facebook that it was a terrible day to not be wearing any makeup because she was pretty sure that the cameras might have caught a glimpse of her. Now, this woman is really very pretty, and understands how to apply makeup so that it isn't conspicuous. I think we all know people who don't quite understand that, so they go out in public looking like a profoundly nearsighted 90-year-old woman who has applied her makeup in such a way that she looks most like a clown - but she has the excuse that she can't really see what she's done. Anyway, this Facebook post started me to thinking about the truth that we have a cultural expectation that women need to wear makeup in order to be attractive, and yet as a man I can stumble out the door just the way I am. We have similar double standards around weight, clothing, and just about anything else you can think of. How many times have we seen some Internet troll commenting on a famous woman who has gained some weight as if in doing so she had betrayed him personally as he sits in front of his computer guzzling another beer and resting the keyboard on his potbelly.

Of course, we all want to look our best. None of us stands before the mirror and says "oh yes, I look really bad today I think I'll head right out." Even the most hygienically impaired among us usually at least checks for crumbs on their face before leaving home. That's not the sort of thing I'm writing about. Rather, I am writing about this notion that anyone is somehow unacceptable just as they are. Don't get me wrong, some of you are ugly. I've seen your Facebook profile pictures, and I can only assume that you've chosen the most flattering one you could find, and some of you still frightened me. However, in all honesty, if that's how you really look then no amount of makeup in the world is going to fix it. All of the primping and pruning and spreading out your tail feathers won't disguise the fact that you been beaten with the ugly stick. So just head out the door. After all there is more to a person's attractiveness then just their physical appearance, but I believe that one of the reasons we don't see that is that we so seldom see half of the population's real appearance.

Now, as clergy, I admit I'm somewhat biased against makeup - not because of any particular religious 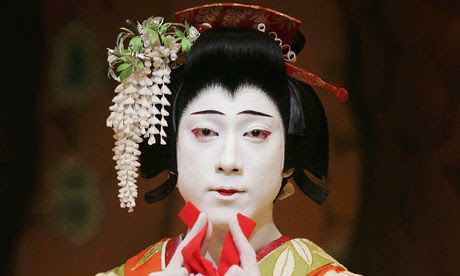 belief, but rather because some of you show up on Sunday morning looking more than a little kabuki theater and that stuff is hard to get out of clergy robes. All kidding aside, the cosmetics industry worldwide grosses $160 billion a year, and Americans spend more on cosmetics than we do on education. That means that we spend more on creating false appearances then we do on expanding our minds, and that should frighten all of us. When you add to that the $12 billion a year we spend on cosmetic surgery, the picture becomes even more dismal. I certainly don't want to become involved in that most detestable game of blaming the victim, but if women really want men to respect them for who they are it might help to stop showing us someone other than who you are. I will readily admit that you probably feel pressure from men and society at large to conform to appearance expectations, but the pressure only works if you cave in. On the other hand, maybe there is some sort of huge secondary gain involved in going through all of this effort to alter your appearance rather than insisting you be respected as you are. I suppose that is a decision everyone has to make for themselves. As for me, I say, "get naked!"
Posted by Craig Bergland at 9:00 AM