The Ignorant Arrogance of the Christian Conservative Troll

I've been wandering around YouTube recently, looking at spiritual videos in particular. That's nothing new for me, but I have had a bit of a different focus in that I have been specifically looking
at the comments made on videos of moderate Christian speakers. By that term, I mean people like Rachel Held Evans, Donald Miller, Richard Rohr, and other similar types. It's an especially fruitful exploration if they identify as or in fact are someone who was at one time more conservative than they are now. Specifically, I looked at the comments that were critical of them or their ideas. What I found surprised me - and that doesn't happen very often.

To judge by the comments, Christian conservatives are incapable of addressing the arguments of their more moderate brothers and sisters. If the more moderate brother or sister in question is Roman Catholic, he or she is called by their conservative critics a heretic. In Roman Catholic circles, that's even worse than calling someone a smelly, cross-eyed, cognitively impaired, pus dripping, parasite infested whore. Not that there is anything wrong with being a smelly, cross-eyed, cognitively impaired, pus dripping, parasite infested whore, if that's what you're into. If the more moderate brother or sister in question happens to be Protestant, they are called some version of inexperienced, self-absorbed, dangerous, arrogant, foolish, attention-seeking, self-serving or, God forbid, a feminist. In fairness, men are seldom called feminists - probably because the limited definition of feminism in
conservative circles is, "women who don't do what men tell them to do." Notice that in none of these criticisms are the positions put forth by the person being criticized addressed. Not even the heresy charge addresses the positions of the alleged heretic, because the term "heretic" is brandished like a broad brush and seldom are the specific and allegedly heretical ideas even identified, much less addressed. It kind of reminds me of my childhood, an admittedly less enlightened time, when boys called each other "fag" without provocation or any reason to suspect anything about the sexual orientation of the accused. The label itself, repeated often enough, was sufficient to induce suspicion.

What underlies all of these behaviors is an extremely thinly veiled (and unearned)
arrogance coupled with a startling lack of intellectual acumen. It would be one thing if these critics could, in a charitable (i.e., Christian) way enumerate their points of disagreement and propose alternative perspectives. That's not what happens, for the most part. Rather, a festival of name calling and character bashing ensues, that presumably in the mind of the "basher" being enough to convince any reasonable person not to listen to the position of the person they are criticizing. The problem, of course, is that no educated person falls for such techniques, having learned long ago that a personal attack is always fallacious. They may as well suggest that the arguments put forth are contradicted by the teachings of The Flying Spaghetti Monster. What is really happening is that the conservative critic feels that their belief system is being challenged by the assertions of the speaker - and, clearly, it may indeed be challenged by the ideas of those speakers. Since, however, the conservative has been conditioned to believe that there can only be one correct belief system this challenge throws the way they make sense of the world into question. This is turn generates an enormous amount of anxiety. Lacking the intellectual tools to refute the argument at hand (largely because they have been told to avoid thinking for themselves at all costs), the only weapon left in
their arsenal is the fallacious but easy ad hominem attack.

None of this would matter all that much if it weren't for the fact that most of these critics have a lot of time on their hands and have been convinced they are personally responsible for any bad ideas that may be floating around. This derives primarily from the misinterpretation of a passage in Ezekiel in which God made Ezekiel responsible for the beliefs and behaviors of the people of his time. One of the basic intellectual and interpretive mistakes of conservatives is the very selective ability to differentiate between specific instructions in the Bible that applied to one person(s) at a specific time in history and general instructions meant to apply to all people for all time. When it comes to things like a kosher diet, conservative Christians very correctly hold that Christians are not required to keep kosher. When it comes to believing they are responsible for the orthodoxy of others as Ezekiel was, they fail the test rather dramatically - or perhaps very conveniently, as someone obsessed with the behavior of others has very little time left to check their own behavior.

When this kind of distorted feeling of responsibility is coupled with having a lot of time on one's hands and a Internet connection, the result is the kind of publicity that drives just about every reasonable and even marginally intelligent person away from Christianity as

fast as someone wearing a gasoline suit runs from a house fire. The unattractiveness of this kind of behavior is blatantly obvious to everyone. The difference is that conservative Christians, having been convinced they are to engage in a culture war, find being obnoxious to be some sort of badge of honor. The question that remains for those of us who actually care about the teachings of the Christian tradition is whether the short but loud history of Christian anti-intellectualism and bigotry can be overcome. In short, we have an enormous image problem, and the impact of that problem is clearly reflected in the dramatic decline in participation in the Christian tradition over the last fifty years. Even though that decline has also reached the conservative side of Christianity, they are loud enough that they will continue to create a problem for more moderate to progressive folks for a long time to come.

In a world of limited energy, it seems to me that we need to make a decision about where that limited 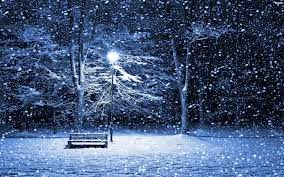 energy might be most effectively expended. When we add to that limited energy that reality that we now live in a religiously pluralistic world, the divide between conservative and moderate to progressive Christians is only likely to grow wider. In that divide may rest the solution we seek. Our religiously pluralistic world exists because the Internet has exposed people to other traditions and belief systems. That genie isn't going back in the bottle, and it's a genie that threatens the very world view of conservatives of every religious tradition. They will no doubt prattle on endlessly about the rise of pluralism, and will finally have attached to the issue that will be their undoing - precisely because the genie isn't going back into the bottle. It's not unlike my tendency to complain about cold weather and snow in winter having no impact on the weather - if I decided to stand on the street corner and yell, "stop snow now, save your souls" not many reasonable people would be converted to the campaign! Perhaps, as conservatives have long suggested, the end is in fact near - only nothing like the end they have been expecting. All we need do is sit back and enjoy the show.
Posted by Craig Bergland at 9:00 AM