Looking for an Edge to Catch

A wonderful psychiatric nurse named Joyce, whom I worked with years ago, taught me the concept that some people at some times just look for an edge to catch on. I suppose we all get that way from time to time, just off our game enough to be looking for a reason to get upset. In its milder forms, finding that edge to catch on just makes us irritable and bitchy. In its more severe forms, we easily 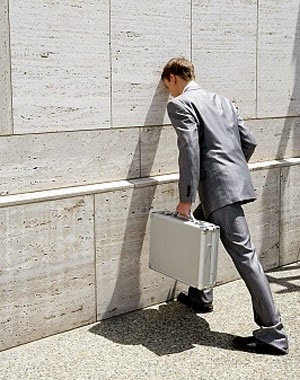 become violent. When I worked in inpatient mental health, we were pretty adept at not providing the edge people sought, but if they wanted one badly enough and couldn't fine one they would simply create their own - real or imagined. Over the years I discerned that whether people were likely to become irritable and bitchy, violent, or somewhere in between was determined by a complex formula including psychological factors, fatigue, pain, illness, stressors, and our beliefs and attitudes. Generally speaking, those people who believe that nothing is ever supposed to go wrong look for that edge much more frequently than those who believe that life is comprised of both the good and the bad, the sunshine and the rain, the ups and the downs we all encounter.

It has occurred to me that America is now a society of people looking for an edge to catch on. It started with feminism, I am pretty sure, when women started complaining if a man held a door for 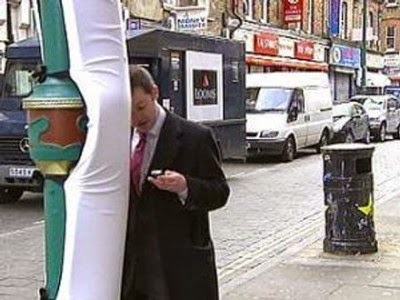 them. (If you are angry now, can you see that I just provided an edge for you to catch on?) Of course it didn't start with feminism, but the example is a good one nonetheless. Suddenly, what had once been a socially reinforced behavior became a bit of a mine field depending on the attitudes of the person for whom we held the door. There are almost endless examples of the increase in a search for the edge. When I was much younger than I am now, I learned that it was polite to complement someone on their new hairstyle, new clothes, new glasses, and similar things. It built good feelings and strengthen relationships - even work relationships. Despite the fact that men don't notice these things as much as women do, I tried to keep track of who got their hair cut, or got new glasses, just to be a kind co-worker. Today, such a statement is a risky venture because it can perceived (correctly or incorrectly) to be sexual harassment. In my more cynical moments, I want to have business cards printed up that read:

DISCLAIMER: I do not find you attractive in any way, in fact I find you rather repulsive and wouldn't want to have sex with you if you were the last person on earth. Therefore, any complements I might pay you when in a forgetful state should not be interpreted as an advance of any kind, but rather a momentary lapse in which I inadvertently behaved with kindness.


My plan would then be to distribute there cards to everyone in every room I enter. Sadly, such a strategy wouldn't work, because someone's edge would be that I didn't want to have sex with them and the drama that ensued wouldn't be worth the safety offered by my disclaimer. If you have ever encountered someone with a Borderline Personality Disorder, you will know what I mean right away. 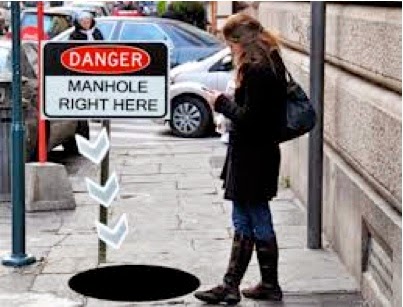 our culture. It seems everybody wants to sue everybody else just about any time their little feelings get hurt - even when it's their own negligence that got them in whatever mess they find themselves in. Many people actually believe that life is supposed to be smooth and without bumps in the road. The result is that when life's natural bumps appear, they look for someone to blame and someone to pay for their discomfort. If something goes wrong, by God someone is going to pay, and it doesn't really matter to the offended party if the person who ends up paying is responsible for what happened or not. It's as if we believe that cash compensation makes all things better, but the truth is that once that money is spent we are right back where we started and the next unanticipated bump in the road is right around the corner.

The solution? To be honest, I don't have a fail proof solution. It does occur to me that we can spend our whole life trying to avoid providing the much sought after edge for others and as a result never actually live our own lives, and that doesn't seem a fair trade. I do feel that we can identify those people in our lives who are regularly looking for an edge, and seek either to avoid them or, if that's not possible, be very careful when interacting with them. On a more proactive note, we can work to surround ourselves with healthy people and, as we get to know one another better, trust that our motivations will be clear to them. Finally, and perhaps most importantly, when someone does find their much sought after edge, we can choose to walk away and not get caught up in the drama. Misery loves company, but the company seldom loves the misery!
Posted by Craig Bergland at 3:32 PM