Many people are what I call spiritual hoarders. They collect techniques, practices, initiations, prayers, mantra, teachings, retreat attendance, and a host of other spiritual events, experience, or methodologies. These end up in a kind of spiritual backpack that is carried along on the journey. As you might imagine, after a while that backpack gets bigger and bigger until it starts to weigh us down. At 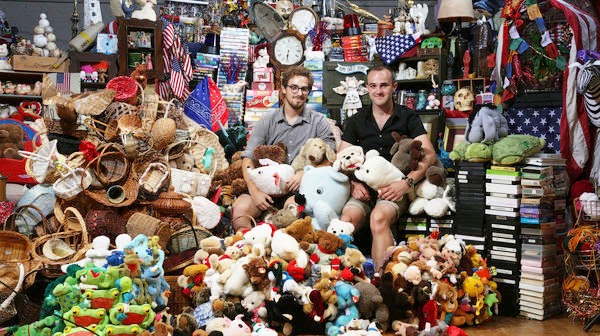 that point you might think we'd just start cleaning out the backpack and lightening our load, but such a project isn't easy. After all, every item in the back pack was acquired through great effort or expense! Why, these are precious things, mementos of our journey!

I just finished reading an article about abandoned mines in the Upper Peninsula of Michigan. It seems there was a lot of mining going on there in the mid-1800s. As you might imagine, back in those days there wasn't a lot of record keeping. The result is that the existence of some of those mines remains unknown, despite the best efforts of authorities to locate and secure them. Among the many dangers facing those who foolishly enter these mine shafts is that the timbers used to support them may well have rotted and so they are waiting for the smallest vibration to collapse, trapping the amateur explorer inside. They also are very dark, literally pitch black, and even a flashlight doesn't provide enough light to avoid holes - some of which were intentionally made to drop debris down during active mining and others which were created by landslides and tunnel collapse. Other holes were covered by boards that have long since rotted and will not support the weight of someone walking on them. It's also quite possible that these holes have become filled with water and dust has accumulated on top of the water, making it appear to be solid ground. Once in the water filled hole, it is likely that there are no ledges upon which to hold or to rest. The same is true of quarries - they may have steep, nearly vertical sides. People dive in to swim and drown because there is no way back out. They may also strike abandoned mining equipment under the water or at the bottom of a vertical tunnel and be killed by the impact.

When I read about this abandoned equipment I wondered why miners would abandon equipment. Especially one hundred fifty years ago, that equipment must have been expensive and hard to get. Why would you leave it behind? Why wouldn't you just put it in your backpack and carry it out? It turns out there are a few answers to that question. One is that once some of the equipment was lowered deep into a mine it became extremely difficult and sometimes dangerous to extract it. The hours required to try to get it out didn't justify the expense of simply replacing the equipment. Other equipment broke during use, and there was no point in removing it. Still other mines became unstable and had to be abandoned quickly, leaving no time to retrieve equipment. Other times miners just gave up and chose a different career, and still other times I am sure either laziness or success prevailed.

Sounds a lot like a spiritual backpack to me! Some of that stuff needs to go, or the weight of it will 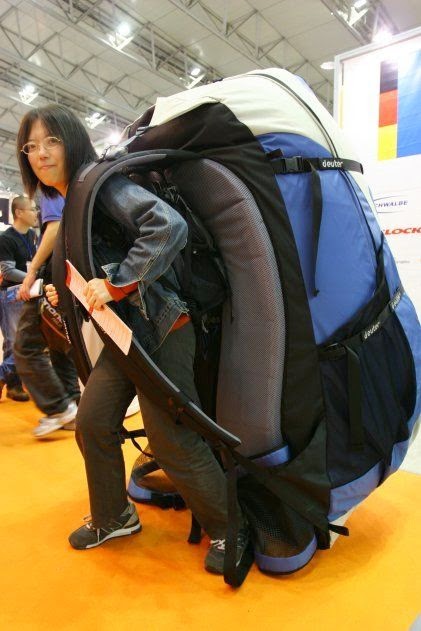 overcome us and we will be like the person who is lost in the maze of the mine shaft, exhausted and without food or water to make their way out. We don't necessarily need to throw it down a hole, we can put it in a nice, tidy drawer. We can hold on to some of it for a while, but the truth is that we will need to get rid of all of it to reach the end of the journey. I believe this is precisely what Jesus was talking about when he said it was easier for a camel to pass through the eye of a needle that for a rich person to get to heaven - and make no mistake about it, in the west we all are rich by the standards of the rest of the world.

We acquire these things along the spiritual path and we should plumb the depths of them. Wear those bad boys out! In doing so you will eventually come to the place where you need to let go of every last one of them. It won't be tomorrow, or next week, or even next year, but one day - perhaps one at a time - you will begin to see that you no longer need all of these things and, more importantly, that continuing to hold on to them loads you down and makes the eye of that needle look more and more narrow. Every practice, with the exception of sitting quietly and doing nothing, will run itself out and become less than useful to you - and that's normal. We need to guard against premature abandonment of these things, of course, and we must wring every drop of growth from them. The day will come, though, when going to Church on Sunday won't feed you anymore, when you don't need to carry the five different varieties of prayer beads everywhere you go, when you can leave that copy of the scriptures at home, when you can let a retreat opportunity pass you by - not because there is anything wrong with any of these things, but precisely because they have taken you as far as they can. You may still dust off that rosary once in a while or attend the odd retreat, but you will do so knowing that your spiritual tool bag really contains all that you need - and you will have transferred the things you need to progressively smaller bags many times. In the end, and hopefully long before you die, you will need to drop the bag entirely and enter into direct experience and engagement as the only thing that feeds you. At that point, you will have fully abandoned spiritual hoarding and entered into full communion with the goal of the path. What is that goal? It's better if I let you discover that for yourself.
Posted by Craig Bergland at 12:32 PM