Recent events in Ferguson, MO, where an unarmed young man named Mike Brown was shot six times and killed by police officers, have caught the attention of the world. Clergy and people (a curious conventional phrase which somehow implies clergy aren't people) from across the country have flocked to the protests. Even Tibetan monks from India have traveled to Ferguson to join in the protests. As you might expect, American Buddhists...oh, wait...American Buddhist leaders are sitting comfortably ensconced in their homes holding a statue of the American Buddhist Bodhisattva, as traditionally depicted with six arms - two hands over the eyes, two hands over the ears, and two hands
over its mouth.

A search of the Internet this morning reveals no American Buddhist voices speaking out on the murder of Mike Brown by Ferguson police on August 9th. The only mention I could find was over at Rev. Danny Fisher's "Off the Cushion" blog at Patheos.com. The problem is that it's a coverage piece that hardly constitutes speaking out. Today Joshua Eaton had a blog piece at Tricycle.com that covered the Tibetan monks' arrival in Ferguson and standing in solidarity with the people there, but made no call for justice. In fact, what has been missing in the paltry, virtually nonexistent response of the American Buddhist community is any call for justice and any willingness to even admit there is a problem. Even a visit to the website of the Buddhist Peace Fellowship revealed nothing, despite Rev. Danny Fisher having credited the people at BPF for making him aware of the arrival of the Tibetan monks!

Gracefully, there were two exceptions I could find speaking out over the last several days. One is Roshi Joan Halifax, whom I adore, and the folks at Upaya Zen Center in Santa Fe, NM. You can visit their web page and follow them on Facebook. Also, Roshi Bernie Glassman has been excellent in advocating for social justice, but the list pretty much ends there. It's no accident that Roshis Joan and Bernie are friends.

Here's the heart of the problem: when you put a bunch of relatively comfortable, largely liberal, white folks in a room and give them permission to focus on themselves, they take the ball and run with it. 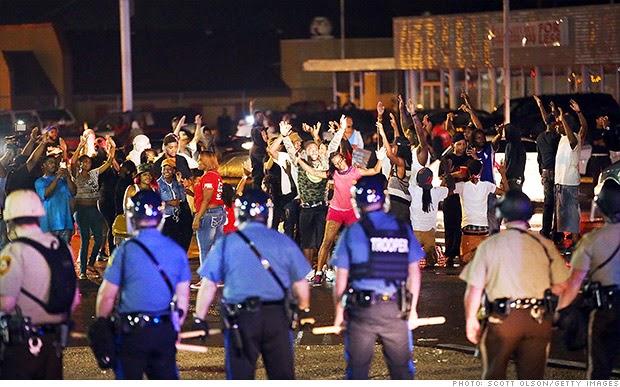 Oh, sure, they are only too happy to send their checks to end oppression in far flung corners of the world, because it's a sanitary sort of compassion in that it doesn't actually require you to rub elbows with anyone who doesn't look like you, dress like you, eat the same high quality vegetarian fare including the best of poor nations' rice crops exported for your enjoyment while the native people eat whatever is poor quality rice didn't make the cut, and smell like you (which means not being over-perfumed, in all likelihood). "Send them a check and pray they don't show up in our neighborhood!" would seem to be the battle cry of American Buddhists, and I am sad to say that even the segments of the American Buddhist community that claim to be "engaged Buddhists" seem to prefer the limited engagement of the check book rather than the full engagement of their boots on the ground. That's sad, and it reflects one of the major shortcomings of Buddhism as practiced in America: despite more than a little being written about the dangers of become self absorbed through Buddhist practice and the absolute necessity of compassion, American Buddhist compassion would seem to exist more in theory then in practice, more as a concept than as actual solidarity.

The truth is that if we in American Buddhism don't work for change we become nothing more than a bizarre blend of liberalism and fundamentalism that waits for the world to destroy itself because we believe that will usher in liberation. I grow increasingly less content with American Buddhism's tendency to be of, by, and for the wealthy, and its lack of impactful concern for social justice is the largest reason I identify as a Buddhist Christian, by which I mean my Buddhism informs my Christianity, rather than a Christian Buddhist. It breaks my heart that my body will no longer allow me to travel to Ferguson myself, as I did to Jena, LA some years ago, but the least I can do is use my voice to call for change and call others to action. Apparently, most American Buddhist leaders are reluctant to do so. Might it be because they don't want to upset their largely white, liberal base? If it is, what does that say about their teaching?
Posted by Craig Bergland at 12:06 PM