A couple of years ago I developed a presentation called "X-Rated Spirituality." You can find it on YouTube here, but unfortunately the video is reversed so the graphics are a bit of a struggle and for that I apologize! The essence of X-Rated Spirituality is that we might describe different paths by using the image of an X with each of the four tips of the "X" representing a different path. It looks like this: 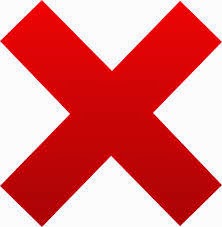 The "yoga" terms listed under each point on the "x" are the traditional Hindu descriptions of the four practices. If they don't work for you, you can just ignore them. The important thing here is that most of us have at least dabbled in more than one point of the "x". In fact, you might say that a well rounded spiritual program will include each of the four points even though people will tend to migrate to one or two primary pathways. You may also notice that as we move across the "x" we see practices that provide a certain amount of balance to each other. What's more, I believe we move from point to point throughout our lives depending on our needs and life circumstances. Very few people at ninety years old will be able to do a lot of Karma Yoga, for example, and may choose to spend more time as they age in meditative practice. People who spend all their lives in study but never move from their heads to their hearts become rather one dimensional.

I believe we get into trouble when teachers assert that only one point on the "x" matters, because invariably such a perspective creates imbalance in the individual. It sounds really appealing when someone says "this one thing is all you have to do," but it isn't very realistic that such a narrow view would lead to the well rounded development of anyone. It gets even worse when New Age teachers tell people they don't have to do anything. Mind you, I agree there is nowhere to go and nobody to be and that the path is the goal, but sometimes I hear popular teachings that suggest to everybody that if they just sit there without a practice transformation will occur. If that statement was true, everybody would be fully awake already and the world's problems would be solved already!

Now, in light of all my statements about the importance of balance, I also want to say that you will find some practice that really resonates with you. You should take that and run with it as your primary practice, no matter what anybody says! If somebody says your path isn't appropriate, ignore them. Trust yourself! It's the greatest gift you can give yourself!