What a Difference a Few Years Makes

I'm preparing for surgery again, this time to correct a ruptured disc in my back that has been pushing on the nerves that go to my right leg, causing me significant pain for several months now. The pain is also beginning in the left leg, but since the MRI I had seven months ago didn't show it, it doesn't exist - a fact I find rather frustrating - until they open me up and see it. Who knows what will happen then? All I know is that it doesn't matter what happens, I have a wedding to do June 7th and I will be there.

What is different this time is that the Nazis at the Drug Enforcement Administration, finding themselves completely impotent in their assigned task of stopping the trafficking of illegal drugs in our country, have chosen to ramp up the pressure on physicians who prescribe pain medication to people who legitimately need them. It's just like the man who is too much of a weakling to fight with other men and elects to beat his wife and child 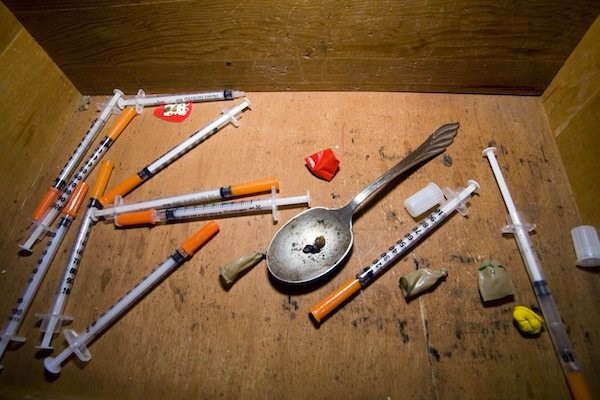 instead, or the bully on the schoolyard who always picks on the smallest kid present because he's too scared to fight someone his own size. The result is that not only have I been in more pain much longer than I should have been but I also have to have surgery four days before a wedding. The best part of all, however, is that because my pain isn't adequately controlled and  all anti-inflammatory medication must be stopped ten days before surgery, I am in excruciating pain waiting for a procedure that will likely solve one pain problem only to reveal another one just fractionally less severe lurking underneath it. There won't be adequate pain control for that issue, either, a fact that leaves me filled with anticipation.

Can we say the system is broken? Somewhere between 2010 and 2013 we started caring more about idiots like Philip Seymour Hoffman than we care about people with serious pain problems. My problem is that Philip Seymour Hoffman didn't go to his pain doc and ask for a prescription for heroin, cocaine, and all the other drugs he put into his doughy self that caused his death, but the DEA's answer to their inability to stop the drug trafficking that leads to the death of people like him is to keep my doughy self from getting the prescription medications I need to have some kind of quality of life. Makes perfect sense to me...not. 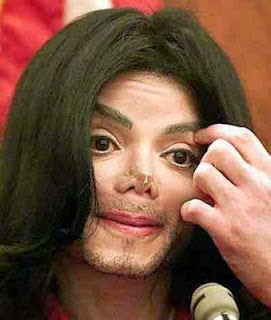 medications and those medicines contributed to his death. Perhaps that's true, and perhaps even if Michael Jackson wasn't the profoundly tortured (and flammable) individual he was and wasn't already killing himself slowly with one cosmetic [sic] surgery after another, the real question is whether the misconduct of a small percentage of physicians justifies restricting the prescribing ability of all physicians, thereby denying people with a legitimate need for pain meds access to them. The answer is of course it doesn't, any more than  shutting down all auto repair shops because there are bad mechanics out there would make any sense. Say, is that an image of Jesus on the tip of Michael's nose?

We are a nation of knee jerk reactors and cowardly leaders that cares more about preventing the misbehavior of the minority of dysfunctional heroes of our culture - celebrities - than we do caring for the average person. We seem to be obsessed with enforcing morality when it comes to what people do with their genitals and what they do to alter their state of consciousness - but don't touch our booze - and couldn't give a rat's behind about ensuring access to adequate medical treatment for all Americans. It's hard to come to any conclusion but that, as a nation, we are morally bankrupt.

We leap to conclusions about solutions to problems and, once we have identified an untested solution as our favorite, no matter how many reasonable people present evidence showing us it isn't going to work we steadfastly refuse to reconsider our position. Consider for example the crusaders who wish to change gun laws to close loopholes that allow people to do things like buy guns at gun shows without background checks and honestly believe recent tragedies would have been averted had such laws been in place. These people don't want to be bothered with the truth that the ability of shooters in recent tragedies to get their weapons would not have been changed by such laws. Never mind the facts, we have a solution that would work in an imaginary world and we aren't going to let go of it!

We claim to be a Christian nation and then conduct domestic and foreign policy without regard to the teachings of Jesus because, quite honestly, we really have no use for them. They tell us to do things like love one another, and we haven't got time for that because we are far too busy getting ahead at the expense of others and warehousing our elderly. I suppose the only way we can possibly feel good about ourselves is crusading against things like prescription medications and other things that we don't need at the moment. The really sad thing is that, sooner or later, many of us will need those medications. If you are one of those currently crusading against them and the day comes when you need them but can't get them, you will excuse me if I can't manage to feel sorry for you.
Posted by Craig Bergland at 11:22 PM