I Don't Love Jesus, Nor Will I Have His Baby

I have a real problem with devotional spirituality, and it has just occurred to me that I am probably not alone. I have come to this realization thanks to contemporary Christian music, with which I have a love/hate relationship. What's more, I suspect that most men are right with me on this one. Look for an upcoming blog on male spirituality that will explore that particular issue at greater length.

Oh, how I wish I was like Ram Dass, Krishna Dass, and all the other masses of Dasses who hung out with Neem Karoli Baba and experienced from him unconditional love! They are so transformed by that experience of love and that ongoing relationship

that transcends Mahara-ji's death, and they wax so eloquently about how it changed them. You can see it in their eyes and hear it in their voices. They teach it, too, as Ram Dass counsels the mantra "I am loving awareness." When I try to repeat it, though, I throw up just a little bit in the back of my mouth and have to stop. It's not that I don't want to do it, I just can't allow myself to do it. I am getting ahead of myself, however.

Contemporary Christian music, as well as most contemporary expressions of Evangelical Nondenominational 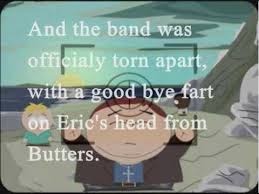 Christianity, spends nearly every hour of every day immersed in devotional spirituality. Contemporary Christian music has had a lot of success writing what I call "love songs to Jesus," songs that could very well be pop love songs from the 1980s with the name "Jesus" replacing the name of the person or the term or endearment (like "baby, baby") in the original song. South Park famously sent this trend up when Eric Cartman started a Christian rock band called Faith + 1 by changing words to popular songs and had momentary success before it all came crashing down around him (a frequent South Park motif). In the real world such songs are often sung by very pretty, very asexual females with high necklines and over processed voices and faces who all but sing they are willing to have Jesus' baby. I confess that I have become increasingly uncomfortable with the images in these lyrics and the anthropomorphic references to "falling into your arms, Jesus." 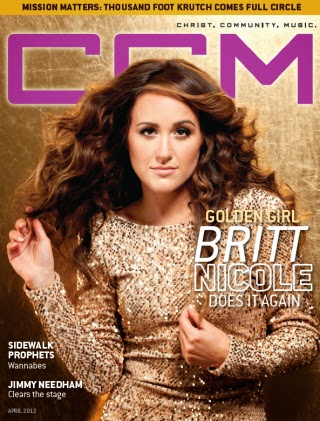 In its more benign forms, Evangelical devotional spirituality can sound like people believe they need to invite Jesus to the house for a cookout and actually set a place at the table because he is going to show up in embodied form. Contemporary Christian music is much more insidious, however, and at times sounds frighteningly like a censored version of the forced sexual "sacrifice" of women at the hands of priests in satanic worship rituals. Would it surprise you if I told you that men, not women, hold the positions of power in the Contemporary Christian Music industry? This is the face of devotional spirituality in much of Christianity today, and it seems to me to be little more than thinly veiled misogyny.

In Catholic circles, devotion has historically been more directed toward the Saints and restricted to seeing them as examples after which we should model our lives. There's nothing wrong with it, and it's a different sort of devotional spirituality than we see either in the east or in Protestant circles. There is much less talk of total surrender (to the target of devotion, anyway), with the notable exception of surrendering oneself to Jesus through Mary in some forms of Marian devotion. Certainly, however, there isn't the image of Jesus as secular lover adapted slightly for popular consumption, and unless they are shopping in the local fundamentalist book store not too many young Catholic women are hoping to have Jesus' baby. Thank God for small favors!

In the east, and central to much of its devotional spirituality, is the idea of Guru devotion. Essentially, one sees the Guru as the Buddha, or (in the case of Hindu adepts like Mahara-ji) Hanuman or one of the other Hindu deities. One is expected to follow the Guru's advice, direction, and teachings explicitly, and the benefits from doing so are great. It's much easier, of course, to imagine doing this when the Dalai Lama is your Guru that when his name is Bernie Schwartz and he's from Brooklyn, no matter what Tibetan name he has adopted. In fact, there have been no shortage of Gurus and spiritual teachers in the west who have turned out to be charlatans. With the possible exception of murder, there may be no crime they haven't committed. Some of them are bumbling, arrogant schmucks like Dennis Merzel, who promised short cuts to the enlightened state through his methods and subsequently was discovered to be having an extra-marital affair with his student and eventual successor. I suppose we could say that Merzel's enlightenment stopped short of his penis. Then there are those Gurus like Chogyam Trungpa, an alcoholic who slept with scores of his female students with the full awareness of his wife and his students and who are still beloved! For my part, I cannot imagine saying, "Oh yes, please, Guru, screw my wife and expect me to continue living here with her and you, all is good in the name of enlightenment and your penis" - but that's exactly what happened, over and over, and Trungpa is far from the only one. When I see his (now aged) female students reminiscing fondly about their sexual liaisons with him I confess I am at a loss. In fact, his actions are the biggest reason I don't belong to the local Shambhala
Center.

We in the west can be extremely naive about the Guru mystique. Buddhist teacher Noah Levine tells of the conference he attended with a friend who tagged along to check it out. There were a number of prominent Insight Meditation teachers at this conference, people like Jack Kornfield, Sharon Salzberg, Joseph Goldstein, and others. By and large, Insight Meditation teachers don't wear robes, they wear comfortable street clothes such as jeans and a shirt. There was one person at this particular conference all dressed in robes with his ratty hair tied in a knot. Noah knew this guy had just come off of a years long crack binge. Sure enough, the friend he took to the conference was all excited to have spoken with the fully enlightened crack head in robes and was unable to see past the street clothes of the real teachers. Perhaps most of us in the west are far too gullible when it comes to spiritual teachers to even consider practicing Guru devotion. 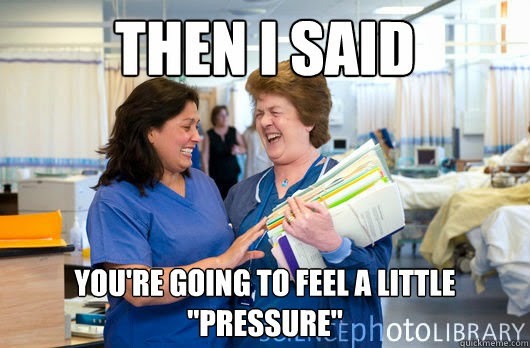 But for me, it's more than that - and I suspect I am not alone in this. In my life I can count on the fingers of one hand the people whom I have trusted deeply who have not profoundly betrayed that trust, at times abusively. Hell, I wouldn't even need all of the fingers on my hand! The result is that when well intended, true believers tell me that Guru devotion will be good for me, it feels a lot like the trip to the emergency room wherein we are told we are going to feel a little pressure. It all depends on how you define, "a little pressure!" No matter how many people tell me how good it would be for me to engage in this kind of surrender, a larger part of me knows how very bad it would be for me to engage in this kind of surrender and have it not work out well. I would hasten to point out that Guru devotion is not the only place where one might learn surrender. If we live long enough, life will present many opportunities. What's more, the Buddha himself said that we shouldn't take any of his teachings at face value but rather should test them out for ourselves to make sure they work for us. I am wondering why it is our Gurus and teachers shouldn't be held to the same standards.

Maybe I am meant to live out my devotional spirituality in the relatively light-weight arena of gathering in spiritual community to sing spiritual songs, chant, hear spiritual readings and a message, receive the Sacraments, and other more traditionally western pursuits, even if dressed up a bit in eastern clothing and practice now and then. I can appreciate the rich devotion that some people like Ram Dass are able to have toward their Gurus even though it's not my cup of tea. And, if Jesus is looking to get lucky tonight, he's going to have to check out the ladies at the Christian bookstore. Sorry, Jesus.
Posted by Craig Bergland at 7:00 AM