But the Buddha Never Said That, and Neither Did Jesus!

I had a bit of a mini-awakening this morning, perhaps more of an epiphany or sorts. Maybe the Interspiritual term is "awaphany." I was reading a blog piece about Mark Driscoll, a particularly contentious evangelical pastor from the Pacific Northwest who hasn't yet awakened to the fact that he's gay, who has been one of the more acerbic, hostile, attention seeking manifestation of that particular corner of Christendom. Driscoll slings people into hell faster than an undocumented short order cook slings bacon onto the grill during the morning rush at the local diner, but lately he's repented of his celebrity status and promised to be a better pastor to the faithful at his Mars Hill Church (is it even Christian to name your church after another planet?). What drew my attention was another post by the same blogger who (rightly) criticized Driscoll for claiming that Jesus never taught non-violence and that anyone who suggested as much was trying to turn Jesus into some kind of sissy. That's when it hit me: it just doesn't matter. 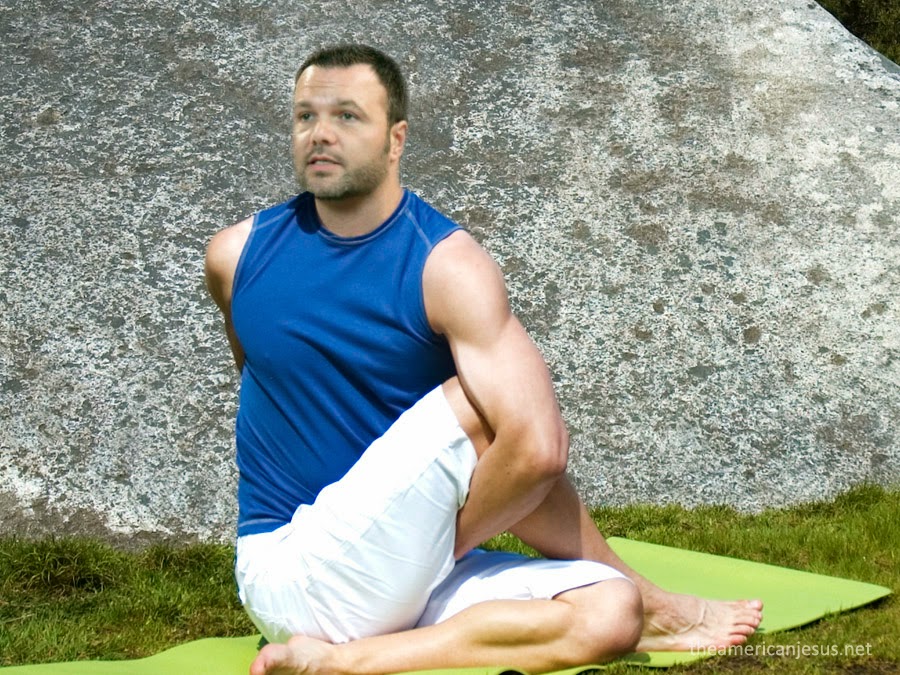 Of course, to claim that Jesus never taught non-violent resistance is to skip over a fairly large chunk of the New Testament and isn't intellectually honest in the least. Still, it just doesn't matter. You can twist the facts and your doctrine until it resembles Mark Driscoll doing (Christian, of course) yoga, and it just doesn't matter. You can carry on about the Buddha never intending mindfulness to be taught in corporate America because you believe it is absolutely clear that presenting meditation without Buddhist ethics is to pervert it beyond recognition (never mind that many other traditions teach meditation with completely different ethical systems and none of those people have been struck by lightening), and that doesn't matter, either.

Why? Well, for three very good reasons. The first is that people have been manipulating information to their

advantage since time began, and there isn't going to be any way to stop it any time soon. We can expend every last drop of our energy trying, and the only thing we will have accomplished is missing out on our own lives. We can scream and holler all we want about the misrepresentation of our cherished teacher's words or intent, and the slick manipulators of the world will be able to win at the public relations game with the people who follow them - because those people so desperately want to believe the simple minded nonsense they are being fed that the truth is they aren't willing to critically analyze what is being sold to them. After all, nobody with even a passing acquaintance with the Bible would believe Jesus didn't teach non-violence! You have to really want to believe the opposite!

The second reason it doesn't matter what these hucksters say is that, sooner or later, it will show itself up for 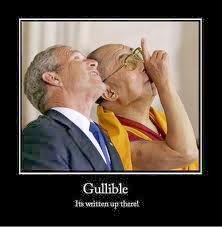 the fiction it is. Sooner or later the false teachers of the world who say they have found a short cut to enlightenment are invariably found trying to gain possession only of a short cut into their students' wallets and bedrooms. Sooner or later the virulent, anti-this-or-that preacher is found in a den of precisely this or that, charge card in hand, purchasing all of the this or that he can get his hands on. Sooner or later corporate America will discover that when you make people more mindful you make them more difficult, not easier, to manipulate - with or without any particular system of ethical teachings - simply because they see reality more clearly! One thing we can be certain that fighting all of the misinformation out there will do is take up all our time and leave us without any time to promote the authentic teaching we are so upset is absent in the rhetoric of the huckster. They have actually developed a pretty good technique for taking the truth out of the game and in doing so seem to leave their own version of it unchallenged.

It doesn't matter what anyone says, there will never again be one Buddhism, one Christianity, one Islam, or anything else. The day of "one, true religion" ends about fifty years after a religious founder dies. That's all the time it takes for differences of opinion about what was really said to set in - especially in a pre-literate society like the ones in which most surviving historic religious traditions appeared! We can't pull out the film footage of the Buddha's teachings from the files as CNN to check what some teacher is claiming against what the Buddha actually said. Jesus said, "turn the other cheek," and the Mark Driscolls of the world claim he said 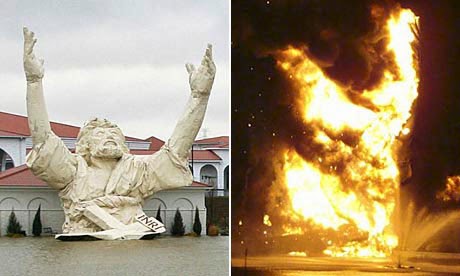 that because he was telling us we would shoot more accurately out of the other eye. So what?

Finally, if the real and authentic teachings of a spiritual leader aren't strong enough to survive in the face of cheap imitations, there is nothing you or I will be able to do to prop them up. We simply aren't that powerful. Neither are those who propose that Big Butter Jesus is the real thing all that powerful. We absolutely need to point out the hucksters when we encounter them so that people can make informed decisions. Then we need to recognize that some of those people are going to make bad decisions no matter how hard we try to stop them. We need to allow other adults to take responsibility for their own choices and we need to get on with ours. Playing defense against religious charlatans is not a viable substitution for having an authentic spiritual practice of our own.

Posted by Craig Bergland at 2:11 PM