Moral Bankruptcy and The Biggest Loser

Frankly, I am surprised it took fifteen seasons of The Biggest Loser for the inherent flaws in its perspective and its relentless pursuit of profits and ratings, health of the contestants be damned, to actually manifest in a visible way. I have written in the past about the frankly unhealthy perspective of trainer Bob Harper in particular. On one Thanksgiving episode he invited the contestants to his home for a Thanksgiving meal during which he spoke tearfully of his overweight sister as if she was not only freebasing cocaine but also had a terminal illness from which she would die the following week. While I readily acknowledge the health impacts of obesity, it isn't brain cancer. I suggested at that time that a massive dose of perspective was in order. At the risk of saying I told you so, here is a picture of this season's "winner." 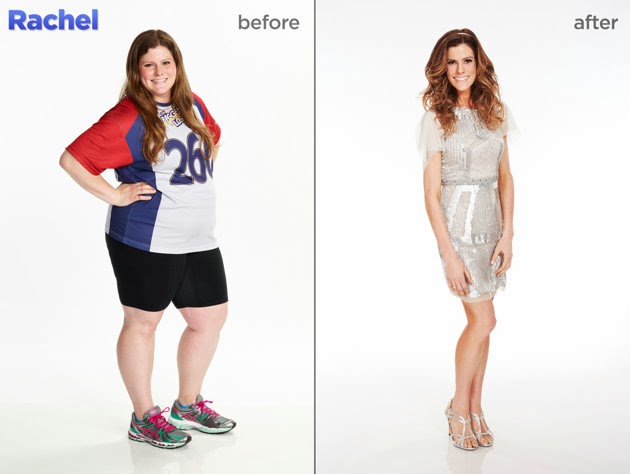 From two hundred sixty pounds to one hundred five, Rachel Frederickson lost just under sixty percent of her body weight. Using standard calculations, her current BMI is 18. Anything under 18 is considered unhealthy. If we factor in the possibility the the camera "adds pounds," I cannot help but think she looks even worse in person. Even trainers Bob Harper and Jillian Michaels appeared horrified, and Michaels was heard to be muttering, "Oh my God, oh my God" under her breath on the air. Presumably trainer Dolvett Quince's reaction was so bad it couldn't be shown, or else he was too busy changing into a tighter shirt to notice. 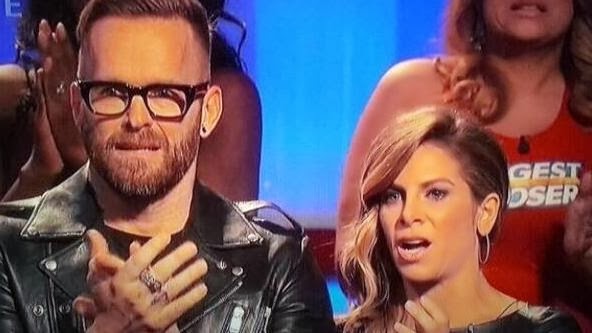 Why the surprise? The only real surprise is that it took fifteen seasons for this to happen. Then again, it may well have happened before at some point after the finale when we couldn't see it. When you take people who have an unhealthy relationship to food (and who usually have other psychological issues as well that the show loves to exploit by getting contestants to reveal them in dramatic, tear-filled talks with trainers but doesn't appear to follow up on with qualified therapists) and teach them that the most important thing about their existence is their weight and physical appearance, it only stands to reason that sooner or later one of them is going to flip their unhealthy relationship to food one hundred eighty degrees and become anorexic. Here's the kicker: anorexia will kill you a whole lot faster than obesity.

We have gone from throwing Christians to the lions to throwing Tubby to the lions. I suppose at least the lions are eating better - and the corporations are raking in the cash. Make no mistake about it, one thing The Biggest Loser isn't losing is money. Despite giving away a huge chunk of cash to the winner and the at home runner up, despite some pretty pricey prizes and a pretty plush "ranch," the show wouldn't have lasted fifteen seasons if it wasn't turning a profit - but at what price?

A healthy perspective on self is that while good hygiene is important to health, physical appearance simply isn't. We are all beautiful in our own way, and that beauty absolutely transcends physical appearance. Of course, we should do our best to be healthy and part of that is maintaining a healthy weight, but there isn't anything psychologically healthy about spending endless hours in a gym or obsessing about what's for dinner - and it matters little if what's for dinner is cake or tofu, both are unhealthy. I have often wondered what will happen to the significant percentage of Biggest Loser contestants who leave the show and start working in gyms when their bodies no longer allow them to constantly work out. Have they acquired enough life skills to continue at a healthy body weight once their bodies force them to slow down their workout pace, or have them simply transferred their food addiction to a gym addiction?

It's great that Biggest Loser contestants are followed by a medical team. I would like to see them followed by a psychological team not only during the show but for at least three years after their participation on the air - and at the show's expense. The Biggest Loser seems to emphasize the physical self to the exclusion of both the emotional self and the soul self, and we saw the results in this season's finale. Enough, already. What The Biggest Loser Really does is exploit people for ratings and profit, and that is a morally bankrupt practice no matter the outcome. With this season's results show, gone forever is the mythology that the show helps people. We can now see that what it really does is play irresponsibly with people's futures while we sit on our sofa and eat bonbons. At least the viewers aren't wasting away.