What Does It Take to Be a Man?

I have written in other places and spaces about the lack of rites of passage in our culture and the negative impact of what we have chosen as substitutes for legitimate of passage. Finally, on Facebook yesterday, I found everything I have been trying to say summed up in one photograph. 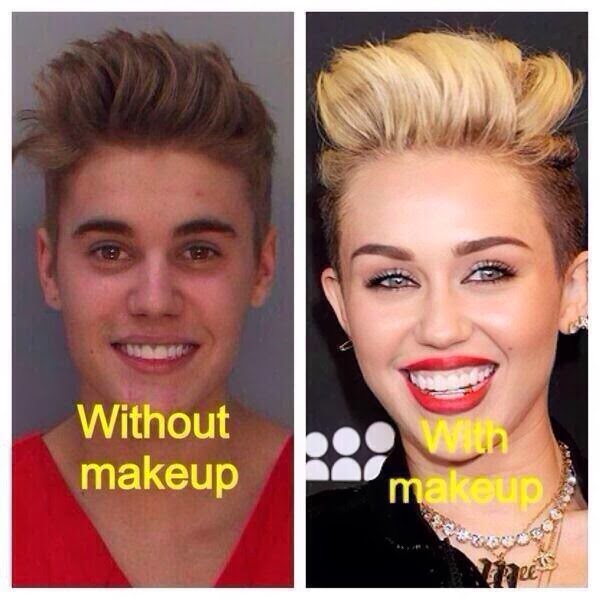 These two tragic individuals are but different sides of the same coin, both trying to prove they are now adults in self designed rites of passage.
For women in our culture the currently popular proof of adulthood comes at the expense of flaunting your sexuality in the most degrading way possible, thereby proving that you are now an independent adult. The unanswered question is just how independent one can really be when they allow the culture to determine for them what constitutes a legitimate expression of being all grown up. After all, if I am really self-determined and an independent thinker, shouldn't I be able to define my own coming of age event?
For men the current proof of adulthood is taking unnecessary risks, engaging in dangerous behavior, and having contact with the police. I get drunk and/or high, drive my car too fast and so endanger myself and others, and don't cooperate when I get pulled over by the police. While women like Miley Cyrus seek to prove they are adults by flaunting their bodies and in fact victimize themselves through their sexuality, men seem to prefer fast cars. Ultimately, the behavior is the same - I put myself and my career at risk to prove that I am now a responsible adult. You don't need to belong to Mensa to see what these attempts at rites of passage fail - they are contrived and don't ask anything of us beyond foolishness.
Perhaps the heart of the problem is that we no longer have agreed upon definitions of what makes someone a "grown up" in our culture. Many if not most of the people our culture seems to worship aren't real. By that I mean their day to day life is either far removed from the day to day lives of most people, as in the case of professional athletes, or constitutes our idols pretending to be someone they really aren't, in the case of actors and musicians. Even our so-called reality shows don't actually portray average people but instead feature people who have become caricatures of themselves to attract attention and ratings. Maybe real people are those who work sixty to eighty hours a week and make a lot of money at the expense of their families and their health? In truth, there aren't many of that particular caricature in existence, either.
It could very well be that if we are to have authentic rites of passage we are first going to have to develop some authentic models of what it is to be a responsible adult.
﻿
Posted by Craig Bergland at 4:46 PM