Why I am a Buddhist Christian

I  am a Buddhist Christian first and foremost because the teachings of Buddhism give me a way to work with my mind and my life that Christianity cannot.

I'm also a Buddhist Christian because Christianity in the America is dominated by loud mouthed, small minded bigots who make me want to scream. In fact, the imbalance in the public arena has become so severe that I am not sure the image of Christianity can be rescued. What dominates the bookshelves of the Barnes & Noble Christianity section gives me the dry heaves. "Christian" bookstores, aren't. When I encounter the Salvation Army food truck in the hood they are essentially telling people if they had prayed for food the Salvation Army could have saved gas money because it would have magically appeared. If you come across a Christian in public who is likely to be witnessing about his or her faith, you will soon discover you have encountered an obnoxious boor. Some of you are thinking, "well, Mr. Smarty Pants, write a book for moderate to progressive Christians so they have something to buy." Nice theory, but the problem is that most moderate to progressive Christians are rather passive creatures who are more likely to buy the latest piece of fluffy, ego-laden Eckhart Tolle nonsense than a substantial book about a meaningful, practice laden Christianity. Why? Because substantial books seldom make Oprah's Book Club.

More importantly, the real problem is that the Abrahamic faiths (Judaism, Christianity, and Islam) have deteriorated into "holy shit, I hope this keeps me out of trouble" belief systems that don't have much to say to a world where most people smart enough to tie their shoes unassisted have realized 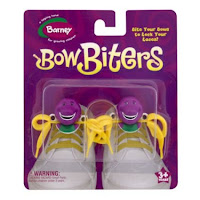 that there isn't any heaven in the clouds or hell inside the earth to make threats of punishment a motivating force. On the other hand, those wearing bow biters are crowding the mega-churches saying a sinner's prayer. I want to hasten to say there's nothing wrong with wearing bow bites, if that's your preference (or limitation). After all, Barney needs love, too.

What's worse is the truth that moderate to progressive Christians have been banging the new ecology & new cosmology drums for so long (thirty years!) many people mistake it for a dead horse and want to drag it off to the dog food factory to earn a few bucks. Can you people buy a new idea? Have you no imagination? Or are you so scared of new adventures that you don't dare try something new once you latch on to something that seems to work, even if only once? I bet there is still a leisure suit in your closet, isn't there? There are mausoleums with more life in them that there is in your gatherings. Can Call to Action give up on the puppet Masses and just once invite a theologian to one of their gatherings who still has their own teeth? Of course, doing so might bring change including attendees at your conferences who can't be tracked by the telltale crunch of a Depends undergarment and I'd imagine that is terrifying. 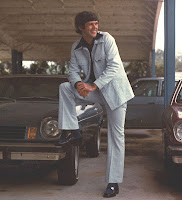 You see, it doesn't really matter if we are talking about conservative, moderate, or progressive Christians, most of you are so scared of change you are likely to soil yourselves if it would happen. Of course, many of the attendees at a Call to Action conference soil themselves on a regular basis anyway - but I digress.

So while the western faiths are busily scurrying about trying to avert disaster and waiting for God to rescue them while blaming those who disaster catches in its grips for their calamity because obviously they are not beloved of God, what are the eastern faiths doing? Do you really want to know? They have looked around, realistically assessed life, and decided that shit happens to everybody. So, rather than trying to avoid life either through institutional denial, yearning for the bad old days, or hunkering down in the avoiding-change storm shelter, Buddhism takes an honest look at what happens in life and encourages us to take an honest look at our reactions. We explore our mind and our stories with an eye toward stripping away all of the layers of nonsense we have voluntarily cakes over them seeing them honestly. We are taught that we can and should control our feelings, thoughts and behavior, and the result is that we become a person whom we can actually live with. Our ability to respond with compassion increases at least in part because we aren't looking over our shoulder to see if Satan is sneaking up behind us with a dozen roses, breath mints, and an erection because we realize that Satan is a mythical being of our own creation.

Why am I still a Christian? I am still a Christian because I have encountered God present in Jesus Christ and in the Sacraments of the Church. I am still a Christian because when you cut through all the fear and bullshit of popular Christianity and look directly at the teachings of Jesus and the first three hundred years of Christianity, at the great Contemplative history of the Church and it's profound social justice teachings and ignore the assholes outside Pridefest and Planned Parenthood, what you find is rich beyond measure. What you find are the great meditative practices, very similar to what eastern religions call meditation - and what you find in those practices regardless of your tradition is the same - that which I (and not a few others) call God. Not Santa God, mind you, some old hairy white man we beg for mercy, but rather the very ground of being, the source of life and love that is found in the interconnectedness of all that is and most especially in relationship. That God of my experience doesn't want us to go out on the street and try to make bitching into a legitimate spiritual practice, doesn't want us to evangelize the world to any particular point of view, never wants us to "share Jesus" with anyone, but rather asks something much more difficult. It simply calls us to love, compassion, and relationship - something completely contrary to our instinctive drive to focus on the things that separate us and then conquer, kill, and pillage in God's Name. Could there be anything more obscene?

The short version (though it's far too late to really be brief) is that I am a Buddhist Christian because by being Buddhist I can come much closer to the essence of Christianity in which I encounter God. More importantly, I encounter God in Buddhism without having to tunnel through all the bullshit of the pseudo-Christianity of contemporary expression. One brings me alive, and the other has repeatedly tried to oppress the life out of me. Mama didn't raise no fool.
Posted by Craig Bergland at 8:43 PM