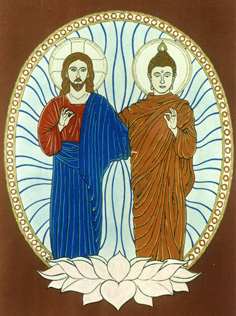 I'm a follower of Jesus and Buddha.  Jesus is the tradition in which I have been steeped by family and culture.  Buddha is the one who made Jesus and Jesus-spirituality finally make sense.  Meditation makes it all come together.  Why not give it a try?
Posted by Craig Bergland at 11:50 PM